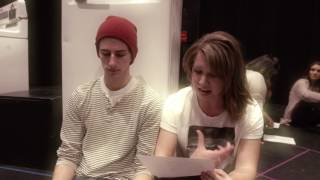 Last year I appeared as Hastings and Elizabeth (amongst others) in Richard III - touring the US as part of Actors From The London Stage. It was a fantastic trip, creating the show with four other actors and then touring to a variety of US universities to perform and run workshops. One of the highlights was a trip to Idaho, where we worked at Boise State University. Not only did we get to spend a weekend in the a log cabin in the woods, but I also saw the mighty BSU take on Br

Latest news - AFTLS and other letters

Latest news - AFTLS and other letters